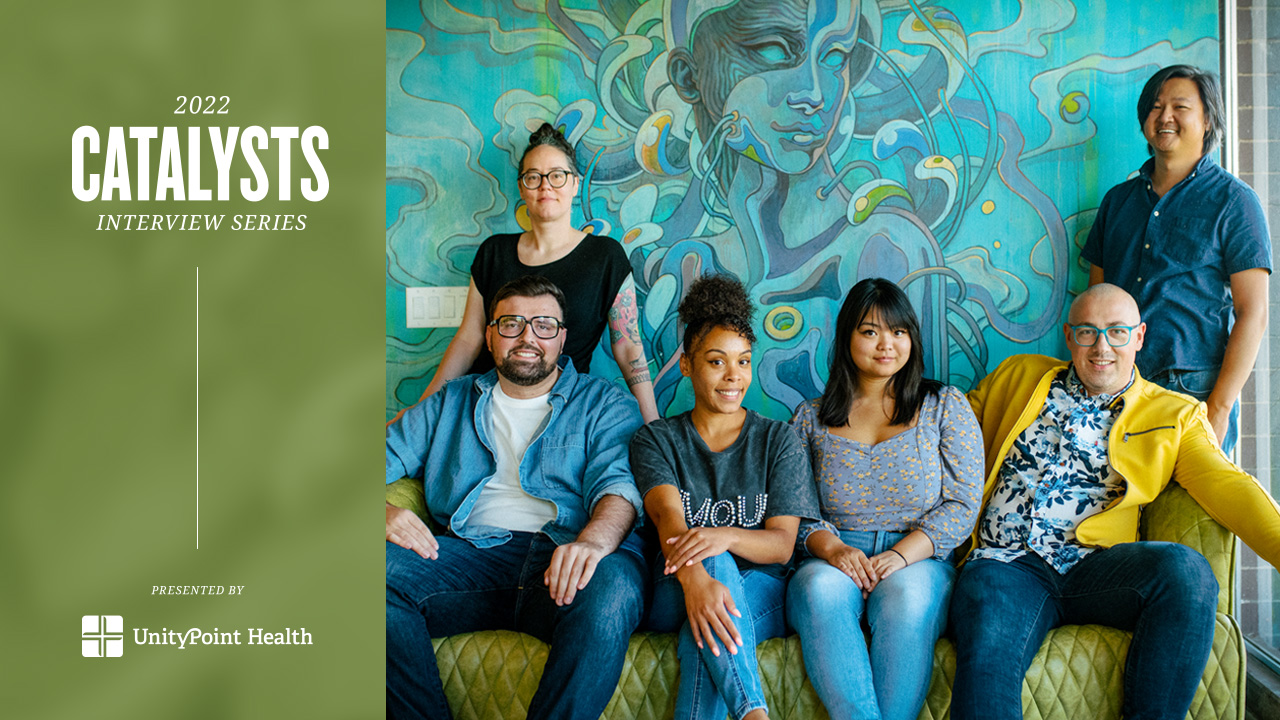 Diversity, equity, and inclusion have always been at the heart of Grand Consulting – a Des Moines-based firm that provides technical support for small- to medium-sized organizations in Iowa.

For founder Igor Dobrosavljević, an immigrant to the United States, the “why” is because he wants to provide opportunities for people in the tech industry who may otherwise be unable to kick-start their careers in the field.

TAI connected with Igor to learn more about the ways the company is doing so, specifically through its apprenticeship program.

Could you give us an overview of your career and how it’s evolved?

I’m an immigrant. I moved to the United States in 1998 as a refugee. I was always into computers and technology, so I always knew I wanted to do something with computers. I got extremely lucky that during my high school career, I actually worked for somebody doing what I do today. His name was Greg, and he hired me when I was a junior to help support his clients. And it was essentially what I’m doing today. He was doing it out of his house, he had an established client base, and he was essentially supporting small business’s IT needs. In fact, some of his clients back then are still our clients today.

Greg sort of focused my interest on what I wanted to do down the road. I went to Drake University after finishing high school, which is when I branched out. After graduating from Drake, I was hired by a company that was starting its own IT department, and I was sort of the lead tech given my previous experience. As that department grew, eventually I figured that I could do a lot of the stuff that I was doing for the company for myself.

So, in 2008, I decided to go out on my own and start Grand Consulting. I’ve essentially grown it from starting it in my bedroom to having eight employees now, and we have our own office downtown Des Moines. 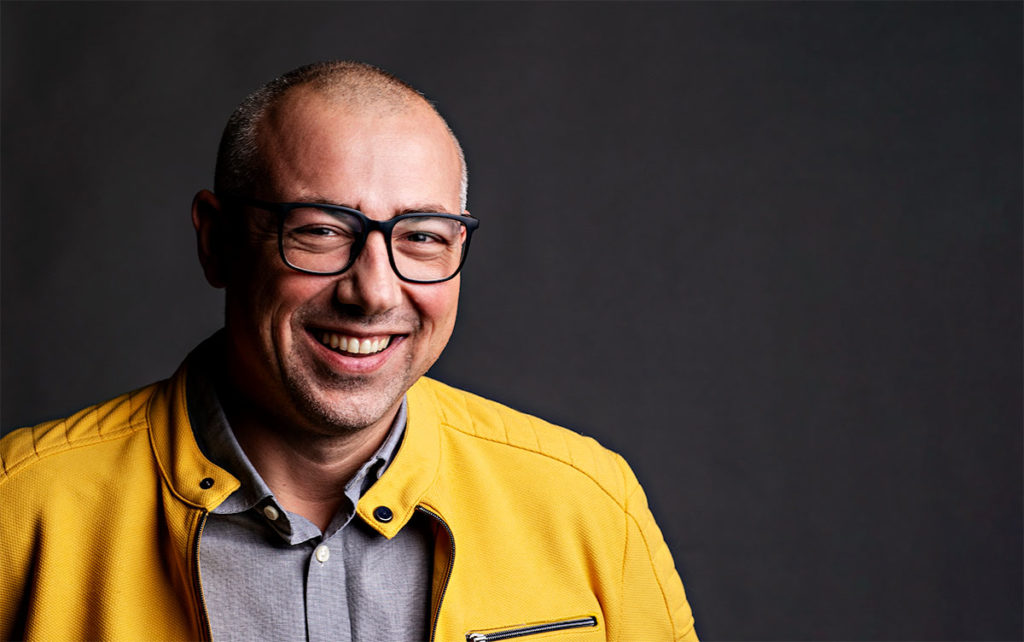 I believe a lot of the careers out there today are apprenticeable, don’t require a college degree and can allow more individuals to access it who just don’t have an opportunity to go to college.

You’ve created an apprenticeship program. What is the history behind the program and the need you saw in the community?

About five to six years ago, I found there wasn’t really a college degree that I could screen for where I could hire somebody and they would start the work and be good to go right away. I would have to teach anybody with any sort of college degree the stuff that we actually do for clients. So, I didn’t find it very valuable for people to actually have a college degree. In fact, most of the employees now either didn’t finish college or don’t necessarily have a degree. And I couldn’t imagine doing what I do without them. So that showed me that maybe there’s an alternative path to hiring a workforce and opening the doors to people who otherwise might not be able to find their way to a career, whether they couldn’t afford college or that’s just not how they learn.

Looking at my own experience, I realized that Greg was a mentor to me, and working for him was essentially like being an apprentice. So, I wanted to formalize that. I wanted to first implement it for us and use that as the primary way of growing our workforce. But secondly, I realized that this might open some doors for a lot of folks who might be otherwise unable to enter the tech field because, again, they couldn’t afford college or that’s just not how they learn.

I set out in 2015 to figure out what it would take to have an apprenticeship at a company. The Technology Association of Iowa helped me greatly with that. Tyler [Wyngarden] was a great help with setting up the actual requirements and walking me through how an apprenticeship here in the United States works. And we haven’t looked back since.

What are the goals of the apprenticeship?

We have multiple goals with the apprenticeship. First one, primary one, is to grow our workforce and our company through it. Second one is to hopefully open doors to the technology field to people who otherwise wouldn’t have been able to get their foot in the door. And third, we are hoping to serve as an example to others.

We’re hoping that others in the community will see what we’re doing and recognize the success that we have with the program and maybe make something permanent in their organization like we do, and not just for the technology field. I believe a lot of the careers out there today are apprenticeable, don’t require a college degree and can allow more individuals to access it who just don’t have an opportunity to go to college.

What are some outcomes from the apprenticeship thus far?

We are a very small company. We’re at eight employees right now, so our capacity to get apprentices through the program is very limited. We’re hoping to grow that as the company grows, but so far there’ve been three apprentices.

The program is three years, and we can only have one apprentice at a time because it is a one-to-one relationship. The apprentice is assigned to a mentor who essentially teaches them what they know. Three years later, Halil decided that he liked the job enough he decided to take a full-time position with us. And at this point he’s leading projects that otherwise would’ve been unimaginable for him a few years ago.

After Halil, we had an apprentice who, after about a year and a half, decided to self-select out. She decided that this program wasn’t for her, which is exactly the idea behind it, because she was able to leave knowing she had explored the field. That wouldn’t have been possible for her to do if she had sunk four years of college to get into a career that she ended up realizing she didn’t like.

It was fine and great because our next apprentice, Yan, who’s still with us, started her third year now and is loving and thriving in the program. We’re hoping that once her apprenticeship is over, she’s going to continue on with us, just like Halil did. At that point, we might actually be in a position to upgrade to two apprentices at a time because of the techs we have now working for us in the program. 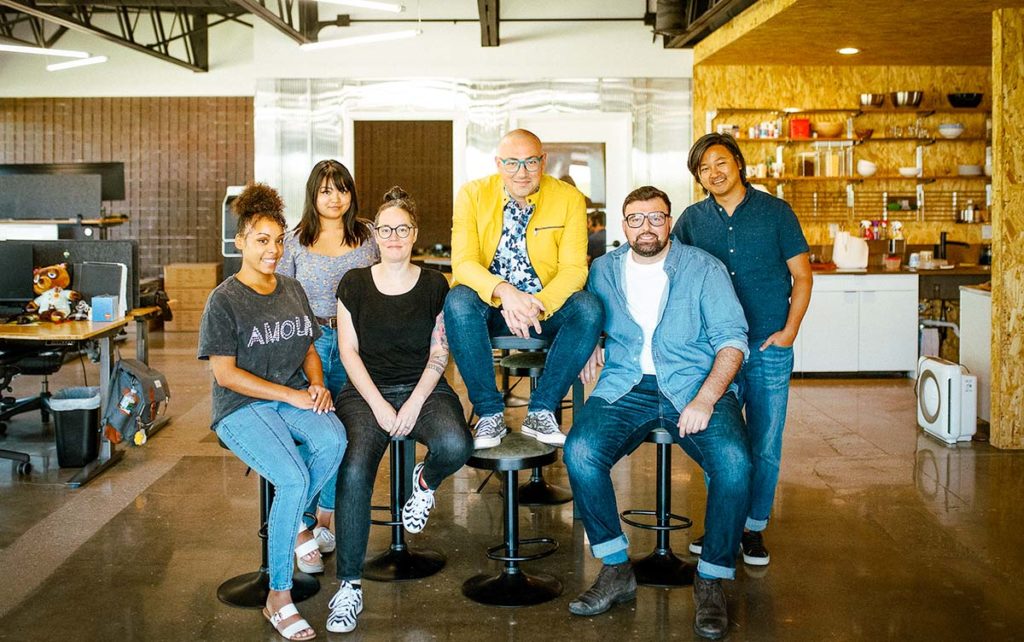 Your company focused on the importance of DEI before it evolved into what it is today. Tell us why this focus was essential for your company five years ago, and why it’s still essential now.

As far as the importance of diversity at our company, I’m a refugee. And I realized that a lot of the doors that were open to me seemed to be open because of my demographics – I’m a white guy in the technology field. I wanted to help open doors for others who otherwise wouldn’t be able to get a foothold in there because of how they look or who they are. I felt like this was an important way to contribute to the community in Des Moines and Iowa. I think it’s going to be an important tool going forward to open a lot more doors for a lot more people in a lot of different industries.

Why is a DEI focus important in every company?

As far as why diversity is important, in my mind, there are a lot of smart folks from all walks of life. A lot of the time, a lot of the doors are closed off for people. A lot of times getting a foot in the door of your future career depends on luck and factors that you have absolutely no control over. I felt like creating an apprenticeship program would allow others with diverse backgrounds to enter the field. That doesn’t mean that if you’ve gone to college, you are qualified for the career. It also doesn’t mean that if you haven’t gone to college that you are not super smart, intelligent, and hardworking and have a well-paying job and a fulfilling career. So, it was very important for us to create a path that did not rely on people going into debt for college and, I guess, also realizing late after they’ve gone into debt that the career they’ve chosen wasn’t for them necessarily.

What advice would you give to K-12 students who might consider a technology career path or aspire to a leadership role?

If you’re self-motivated, doing a lot of the stuff that you want to do later on is a lot more valuable than going to college. If you’re interested in computers, try and get computer parts, build computers, build servers. Try to learn how to be a system admin for Linux and Windows and whatever interests you. If you’re interested in coding, go on YouTube, watch videos, and learn on your own. If you have a problem that you can solve yourself by coding, solve your own problems, and, eventually, that will translate and grow into your career.

A lot of times getting a foot in the door of your future career depends on luck and factors that you have absolutely no control over. I felt like creating an apprenticeship program would allow others with diverse backgrounds to enter the field.

The Catalysts Interview Series is presented by: