There were a record number of nominations for the awards this year. This was the first year that the Prometheus Awards sold out demonstrating the growing strength and sustainability of Iowa’s technology sector.

LWBJ, the preferred tax provider of the Technology Association of Iowa, presented the prestigious “LWBJ Impact Award” to Ames Seed Capital. This award honors outstanding individuals or organizations who have made a significant impact on the growth, success, and sustainability of Iowa’s technology culture and industry.

“Through our Prometheus Awards sponsorship, we are pleased to celebrate the growing success of Iowa’s technology sector,” said Paul Juffer, Managing Partner of LWBJ. “LWBJ is committed to serving and supporting the leaders and innovators who are driving our economy into the future.”

Ames Seed Capital is a pool of investment funds, representing contributions by private individuals and entities in the community. Its purpose is to provide equity financing for business startups and expansions.

“The Prometheus Awards is the most prestigious recognition for Iowa’s technology industry and brings together leaders from the tech community to celebrate the year’s most momentous innovations,” said Brian Waller, President of TAI. “The 2019 award winners showcase the great talent, companies, and communities in Iowa and further solidify Iowa’s reputation as a technology state,” Waller continued.

FinTech and InsurTech Company of the Year: Dwolla — Dwolla’s mission is to build the ideal platform to move money. The company believes the way most companies move money is inefficient, unsustainable and outdated. Dwolla is the payment platform that initiates the reliable, efficient, electronic transfer of money that benefits businesses. They offer an API for businesses to integrate with as an onramp to the ACH Network, the network of financial institutions in the U.S. that moves trillions of dollars a year.

IT Service Provider Technology Company of the Year: Circle Computer Resources — Computer Resources, Inc (CCR). Today, CCR focuses on four core functions, including one that was launched in 2018: connectivity services for multi-site businesses (managed broadband), job site connectivity services, IT as a Service (Business IT), Content as a Service (Colocation).

Startup Technology Company of the Year: Gross-Wen Technologies — Gross-Wen Technologies (GWT) is working to solve one of the world’s largest problems, water quality. The company uses technology that the founders developed at Iowa State University. This patented wastewater treatment technology cost-e?ectively addresses new wastewater permits that are being enforced at municipalities. Compared to other treatment options, this treatment process is significantly more a?ordable and more sustainable.

Creative Technology Solution of the Year: Granular — Granular creates industry-leading digital solutions to help farmers be more efficient and profitable. By developing web and mobile apps grounded in advanced data science technology, they deliver unmatched operational, financial and agronomic information that farmers can depend on to improve their efficiency, teamwork, and profitability.

Best Technology Company Culture: Geonetric — Geonetric built a state-of-the-art facility features an open floorplan, mommy room for new mothers and visiting children, and an industrial kitchen where employees can cook. Geonetric has a peer-accountable culture with self-organizing teams who work together to define and prioritize their work. Based on employee feedback, Geonetric created a mentorship program. They work on retaining talent by using employee surveys.  Geonetric incorporates diversity and inclusion through a female CEO and having 80% of their key leadership team be female. They take pride in trusting their employees to make changes to their products and services and decide when to hire a new team member.

CEO of the Year: CEO of the Year: Jim Masterson LightEdge — With three decades of expertise in telecommunications and technology, Jim Masterson brings extensive leadership, insight, and passion to his role as Chief Executive Officer of LightEdge Solutions. Prior to packing up his family in 2004 and driving cross-country to steer the course of what was to become LightEdge, Jim held several founding executive positions in some of the most successful and respected companies in telecom and tech. His vast experience has provided a deep understanding of an incredible foresight into major trends in wireline and wireless telecommunications, Managed Services, hybrid hosting, and colocation. Jim assumed the helm of CEO for LightEdge over 15 years ago when they were operating as an Internet Service Provider that was struggling to find their place as a heavy hitter and trusted partner in rapidly evolving IT landscape. They were at a major crossroads and in desperate need of fresh capital investment, a shift in business focus, and inspirational leadership. After successfully raising new capital and executing on a fresh vision and course for the company, Jim was able to establish LightEdge as the company you know today – a pioneer in compliant cloud and colocation, headquartered right here in Des Moines.

CIO/CTO/CiSO of the Year: Casey Decker, FBL Financial Group — Casey Decker has served as Chief Information Officer at Farm Bureau Financial Services since June 2016. Decker began his career with Farm Bureau in 2004. Prior to becoming CIO, Decker contributed to the companies’ success in various roles, including Business Technology Vice President and Agency Support Vice President. Decker serves on the board of directors for the Food Bank of Iowa, Junior Achievement, and the Global Insurance Accelerator. He is also a member of the Education Cabinet for United Way of Central Iowa and serves on the Food Bank of Iowa’s Finance Committee. Decker was recognized with the 2016 Novarica Research Council’s Impact Award for Data Initiative and the 2016 Kansas Agents Association’s annual Kansas Sunflower Award. He has been featured in or provided input to numerous articles in business and technology journals.

Emerging Technology Leader of the Year: Tiffany Williamson, Collins Aerospace —  Tiffany has been with Rockwell Collins since 2007. She spent her first 8 years working within a software team as a Domain Systems Engineer for Pro-Line Fusion Situational Awareness Applications. In 2016 she became the Sr. Engineering Manager for the Commercial Systems Advanced Concepts group. In addition to leading a high performing team of engineers, she has taken on responsibilities including both leading and supporting roles in various innovation programs, intellectual property management, industry involvement, strategic projects, and technology road mapping. From 2010-2013 she chaired a local annual fundraiser for the American Foundation for Suicide Prevention. From 2010 through 2011 she also served as Administrative Vice President for the Cedar Rapids Jaycees. Past Awards include: Rockwell Collins Engineer of the Year Finalist (2013), Iowa Women of Innovation Rising Star Finalist (2014), Rockwell Collins Chairman’s Team Award (Finalist Team 2016 & 2012, Semi-Finalist Team 2014), Jaycees Top Local Vice President – Iowa (2012), Jaycees Top Vice President – Cedar Rapids (2011).

Technology Community of the Year: Greater Des Moines — Greater Des Moines (DSM) is a global city with a thriving technology scene. According to the U.S. Census Bureau, it is the fastest-growing metro in the Midwest in terms of percentage of population growth. DSM is full of opportunities and events for founders of startups with high growth-potential to learn and find mentoring relationships. It is home to the Global Insurance Accelerator (GIA), a mentor-driven program that helps insurance startups move from market traction to critical mass, and the Iowa AgriTech Accelerator focused on the same mission for companies in the agtech space. These are among the many ways in which the DSM community intentionally and strategically supports technology. The community views technological advancement and entrepreneurial activity as key ingredients to continued workforce growth and economic development growth. In 2018, the Iowa AgriTech Accelerator won the Entrepreneurial Award from the Mid-America Economic Development Council, an award also won by GIA in 2017. Also in 2017, GIA was a finalist for an international award. DSM is also home to a number of large companies with a major technology presence including Apple, Microsoft, Facebook, Dwolla, Nationwide, Fiserv and Pillar Technology Group. The region has been ranked as the #2 Best City to Work in Tech by SmartAsset, the #3 Up-and-Coming Tech Hotspot by Livability and the #5 Best City for Tech Jobs by The Bay State Banner.

Technology Company of the Year – Small/Medium: Dwolla — Dwolla’s mission is to build the ideal platform to move money. The company believes the way most companies move money is inefficient, unsustainable and outdated. Dwolla is the payment platform that initiates the reliable, efficient, electronic transfer of money that benefits businesses. They offer an API for businesses to integrate with as an onramp to the ACH Network, the network of financial institutions in the U.S. that moves trillions of dollars a year.

Workiva Large Technology Company of the Year: Scientific Games — Scientific Games (SG) is the premiere and dominant presence in Social Casino gaming. With six apps in the top 50 grossing of the Casino genre, SG leads the way in providing innovative and authentic casino-style entertainment to players. SG Social also raises the bar further by creating its own proprietary content with never before seen bonus mechanics. Combined with great slot content are deep and rewarding metagame features such as tournaments, leagues, challenges, quests, and many others. SG is one of the top six publishers in the world in the casino genre with all of its games in the top 100 grossing apps.

The Prometheus Awards are made possible by the generous support of these sponsors: 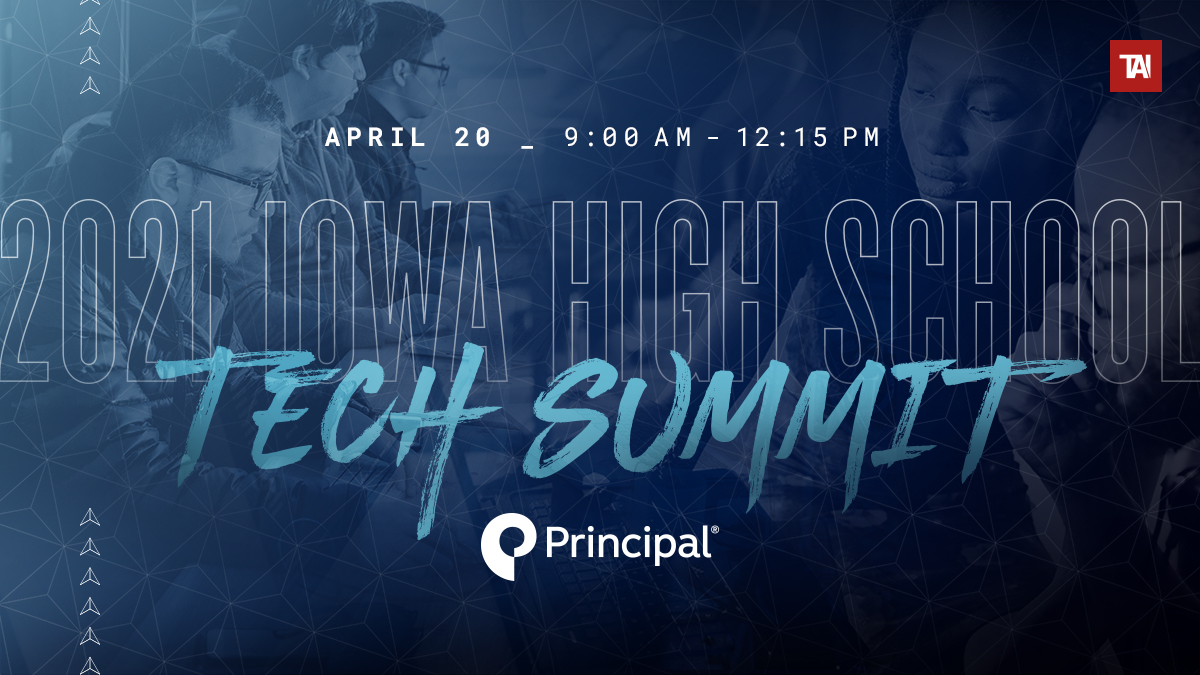